Jack M. Antonini
President & CEO
Jack Antonini was appointed president/CEO of NACUSO in 2010. Jack  was the former President & CEO of USAA Federal Savings Bank and member of USAA’s Executive Council (the top ten leaders of this diversified financial services company), when USAA FSB was recognized as “Best Bank in America” by Money magazine.  Jack was former head of the Consumer Banking Group as well as internet, phone and ATM delivery channels for all lines of business at First Union/Wachovia, one of the five largest banks in America.  Jack previously was Vice Chairman & CFO of FirstUSA, one of the three largest credit card companies prior to its merger with BankOne/Chase.  Most recently Jack was President & CEO of Cardtronics, where he helped grow the  business from 8,000 ATMs and $60 million in revenue to the largest ATM owner/operator in the world with over $500 million in revenue, the largest surcharge-free ATM network, with 6 of the top 10 banks and 7 of the top 11 retailers in the U.S as customers. 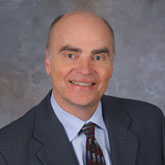 Jay Johnson
Secretary
Mr. Johnson is a Partner with Callahan & Associates, Inc. He leads the company’s research and analysis of key trends and issues driving credit union performance in the marketplace. Callahan is the premier source of credit union information and innovation, helping the industry to deliver superior value by providing performance benchmarking tools, strategic planning resources and cooperative partnership opportunities. Jay presents credit union performance trends and best practices in lending and deposit strategies, delivery channel management, and technology utilization to regional and national credit union conferences, as well as credit union strategic planning sessions. Mr. Johnson has been a member of the board since 2009. Mike Hales
Director
Mike Hales is a former bank president and credit union consultant. He is a law school graduate experienced in consumer and commercial lending, strategic planning, collaborative business modeling and CUSO design and development. As president of prominent consulting firm Counter Intelligence Associates and a partner with its successor, The Rochdale Group, Mike was instrumental in the creation of sixteen multiple credit union owned business services CUSOs. Mike has served on the NACUSO Board in various capacities, including Chair of the Business Services Advisory Board and chair of the Association’s Governance Committee. Mike is Executive Vice President and Director of Strategic Relationships with CU Revest, LLC, a San Diego based multiple credit union owned CUSO dedicated to the restoration of capital and recovery of qualified credit union members. Mr. Hales was originally elected to the Board in 2005.

Dean Young
Director
Dean Young leads PSCU’s client relationship team, which serves the CUSO’s 800 Member-Owner credit unions across the country. Dean’s group collaborates closely with Member-Owners to understand each credit union’s overall strategy and then brings the full power of PSCU to partner with the credit union to deliver on those strategies. Dean joined PSCU in 2005 with 15 years of financial services expertise focused on bringing the greatest value to partnerships. Prior to joining PSCU, Dean was a Vice President of Relationship Development for a subsidiary of Bankers Financial Corporation. Under his direction, the subsidiary experienced double-digit revenue growth as well as 95% client retention. During his 12-year career with the firm, he held various relationship development, sales, finance and operational leadership roles.  Mr. Young was elected to the board in 2015. John Carrington
Director
John Carrington is the Senior Vice President of Sales and Strategic Alliances for CU Direct, and is based in the company’s Rancho Cordova, California office. Mr. Carrington oversees all sales activity for the company, including the company’s five sales regions. Since joining CU Direct in 2002, his accomplishments have included overseeing the expansion of the company’s CUDL brand from 10 states and 4 Business Units to 48 states and 5 regional sales locations with staffing in these areas exceeding 100 employees. Mr. Carrington was elected to the board in 2016. Nick Evens
Director
Nick Evens is the President of The Veridian Group, the wholly owned CUSO holding company of Veridian Credit Union. Veridian is a $3B+ credit union serving over 196,000 members based in Waterloo, IA. The Veridian Group operates two CUSOs, partners in another and has minority investments in additional five CUSOs. Mr. Evens manages the portfolio of the five equity investments in CUSO and Fintech related companies and serves on the Board of Directors of four of those companies and across all eight CUSOs have experience in insurance, payroll services, commercial lending, payments, credit cards, marketing and a mobile wallet. Mr. Evens was elected to the board in 2016. Director
After nearly a 20 year banking career in Michigan, Bill led the launch of Michigan Business Connection, LC in March 2004 and serves as its president and chief lending officer.  MBC is a collaborative effort by credit unions throughout the State of Michigan to provide small business and commercial real estate financing.  The MBC business model enhances sustainable lending capacity by allowing credit union lenders to share the risks and costs of commercial loan program management while collaboratively providing capital critical to Michigan’s economic prosperity.  Since inception, MBC has helped the credit unions originate and manage more than a half billion in financing for Michigan business owners and real estate investors.  The company is headquartered in Ann Arbor, Michigan.  Mr. Beardsley has been a member of the board since 2017. Director
Chief Revenue Officer Mathew Kardell joined CO-OP in April 2017, Previously, he was Senior Vice President and General Manager (SVP/GM) of STAR Network Relationship and Sales at First Data Corporation. He is a veteran of the payments and financial services industry with more than 25 years in high-performing revenue-generation and business development roles. At First Data, Kardell most recently was responsible for the company’s STAR Network client relationships with merchants and financial Institutions, with network transactions experiencing double-digit percent growth in 2015. Prior to that position, he was SVP/GM of Financial Institution Relationships and New Business Development, managing more than $1 billion in revenue and spanning more than 4,000 financial institutions in North America. In addition, Mr. Kardell has extensive experience in the credit union space, having managed those strategic relationships during his tenure at First Data. Mr. Kardell has been a member of the board since 2017.

Guy Messick
Legal Counsel
Guy is an attorney with the law firm of Messick Lauer & Smith P.C. in Media, Pennsylvania. Guy provides strategic planning and legal services to credit unions and credit union service organizations nationwide.  Since 1987, he has served as General Counsel to the National Association of Credit Union Service Organizations (“NACUSO”) where he serves as liaison with the National Credit Union Administration and other regulatory agencies.  His law firm maintains a website at www.cusolaw.com. Mr. Messick is a nationally known speaker and author on a wide range of credit union and CUSO topics.  Mr. Messick has been with NACUSO since 1984.

Brian Lauer
Legal Counsel
Brian G. Lauer is a partner with the law firm of Messick Lauer & Smith P.C. in Media, Pennsylvania where he concentrates his practice on assisting credit unions, primarily through CUSOs, in finding effective ways to work collaboratively with other credit unions and third party service providers to serve their members with non-traditional products and services.  Brian also assists credit unions and CUSOs navigate the sea of regulations affecting nearly every aspect of their day to day operations.   Along with Guy Messick, Mr. Lauer  serves as a liaison with the NCUA and other regulatory agencies for NACUSO. His law firm maintains a website at www.cusolaw.com.  Mr. Lauer has been with NACUSO since 2006. 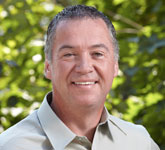 Bob Frizzle
Chief Financial Officer
Bob Frizzle is Chief Financial Officer of CU*Answers, Inc. CU*Answers, the data processing CUSO from MI, is owned by more than 80 credit unions nationwide. As CFO, Mr. Frizzle is responsible not only for CU*Answers own accounting and financial activities, but he also plays a key role in the independent business units under the CU*Answers umbrella, including its Item Processing arm and WESCO Net. Mr. Frizzle also serves as the CFO for the following CUSOs and Associations: Xtend, Inc., eDOC Innovations, Inc., CU Student Choice, LLC and NACUSO. Mr. Frizzle also sits on the Board of Directors for eDOC Innovations, Inc., and CU*South, Inc. He is also a member of the Management Committee of Processing Alliance, LLC.

Denise Wymore
Membership & Advocacy Development Officer
Denise started her credit union career over 30 years ago as a Teller for Pacific NW Federal Credit Union in Portland, Oregon. She moved up and around the org. chart working in every department except for IT. She landed the VP Marketing at First Tech CU where she promptly changed her title to VP Cult-ivation.  In 2000 she went on the road to help credit unions tell their story, both internally and externally. She is the author of two books: Tattoos: The Ultimate Proof of a Successful Brand and The 2020 Vision of Marketing: A Focus on Purpose. She is a Filene Research Institute i3 alumni, WCMS graduate, 2012 CU Times Woman to Watch and designed the CMN Credit Unions for Kids logo. In New Mexico she spearheaded the Keep It Co-Op campaign that has united all cooperatives in Santa Fe, Los Alamos and Espanola. She believes we are better together. Denise is a Volunteer Firefighter/EMT for the town of Cochiti Lake, New Mexico where she lives with her husband Mark and their two adorable dogs Dexter and Emma Rae. Denise joined NACUSO in 2016 where she develops membership and helps CUSOs tell their story.